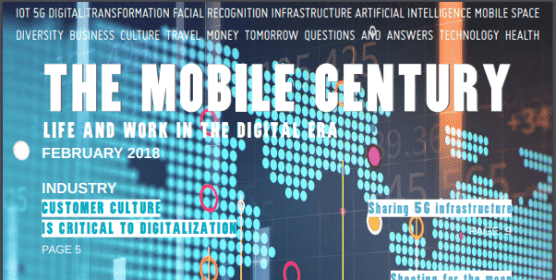 We’re pleased to share the article on Kacific in the 2019 edition of the Global Telecom Women’s Network publication; The Mobile Century: Life and Work in the Digital Era.

The Global Telecom Women’s Network (GTWN) focuses not just on technology, but also on the impact that technology is having on the economy and society at large. Their publication aims to highlight the intersection between technology and humanity.

The Mobile Century gives insight into our company’s work in the Pacific Islands – in particular our rapid response to Tonga’s international fibre outage in January 2018, and the hugely successful Vanuatu Interisland Telemedicine and Learning (VITAL) Network.

Opening from The Mobile Century:

“Six years ago, a number of GTWN International Board Members including Bridget Cosgrave, Candace Johnson, Vicki MacLeod, Sallye Clark, and Walda Roseman came together with Women Executives in the Pacific Islands; amongst others Ellen Strickland, the then President of the Pacific Internet Society and Anne Matson from New Zealand, to create OWNSAT – Oceania Women’s Network Satellite, which then became one of the first and largest shareholders in Kacific.

We were extremely pleased that Kacific received the “Better Satellite World” Award on 03 December 2018 in London, very much confirming our desires and hopes of bringing indeed a “better world” to the inhabitants of the Pacific Islands with high-throughput satellite Internet.”