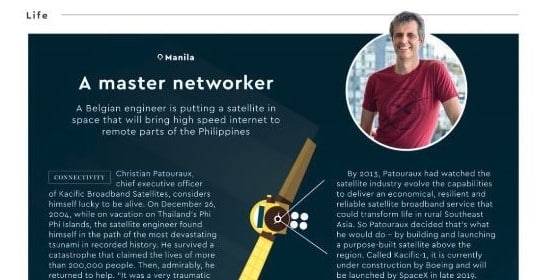 Flying in or out of Manila this month? You’ll spot the article on Christian Patouraux in the official magazine for Philippines Airlines; Mabuhay. 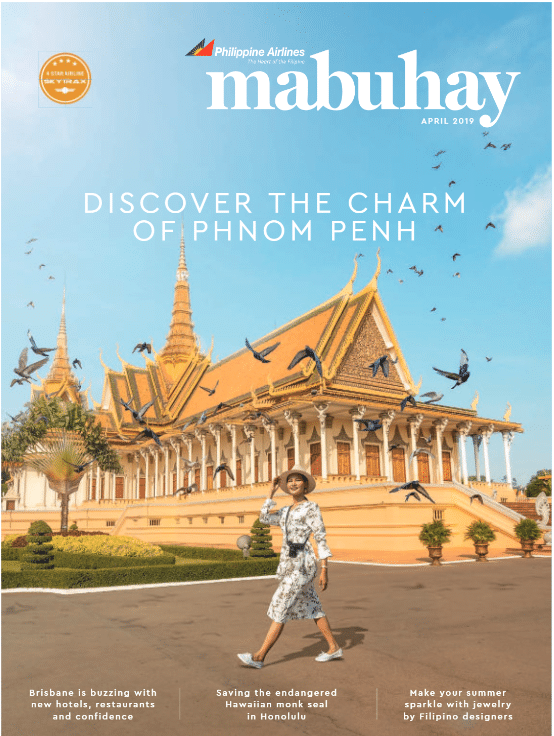 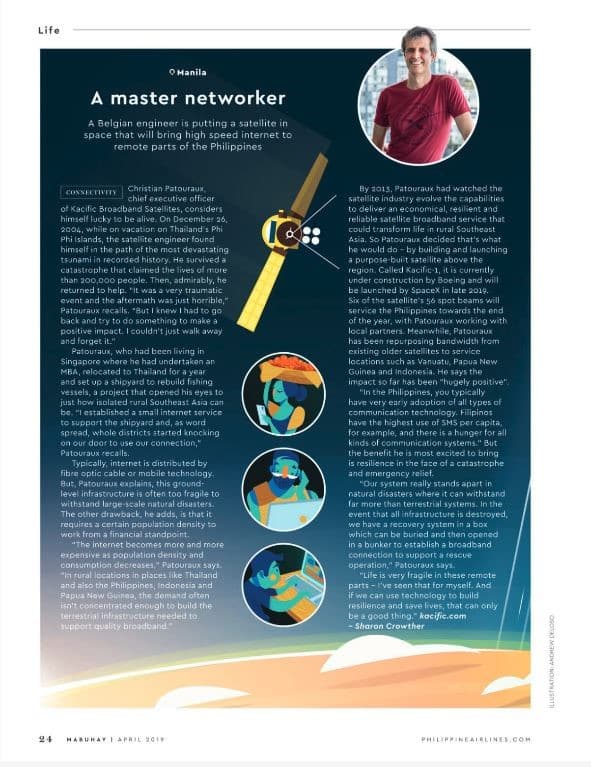 The article goes into Christian’s personal journey to founding Kacific, the social impact of satellite internet in South East Asia, and Filipinos’ love of all types of communication.

“In the Philippines, you typically have very early adoption of all types of communication technology. Filipinos have the highest use of SMS per capita, for example, and there is a hunger for all kinds of communication systems.”  – Christian Patouraux.

More broadband infrastructure is needed to service the Philippines, which is growing steadily with around half of its population living in rural classified areas. The nation’s total population is projected to reach around 142 million by the year 2045. Currently around 60% of the population are using the internet, but only about 43% of households have internet access at home.