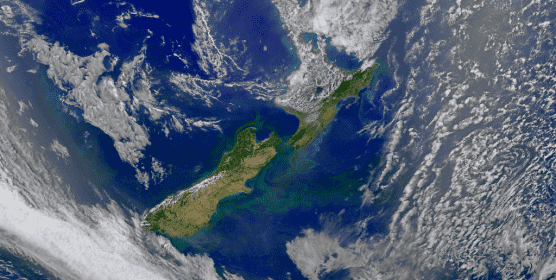 When an island nation stretches over 1,600kms in length along mountainous terrain, it is near impossible to connect every rural and remote community to broadband terrestrial networks. Kacific-1, launching in 2019, will have three high-power spot beams covering New Zealand’s three main islands.

Potter explained to Radio New Zealand, the country’s leading national radio, how Kacific-1 will reach parts of the Pacific that undersea cables can’t. 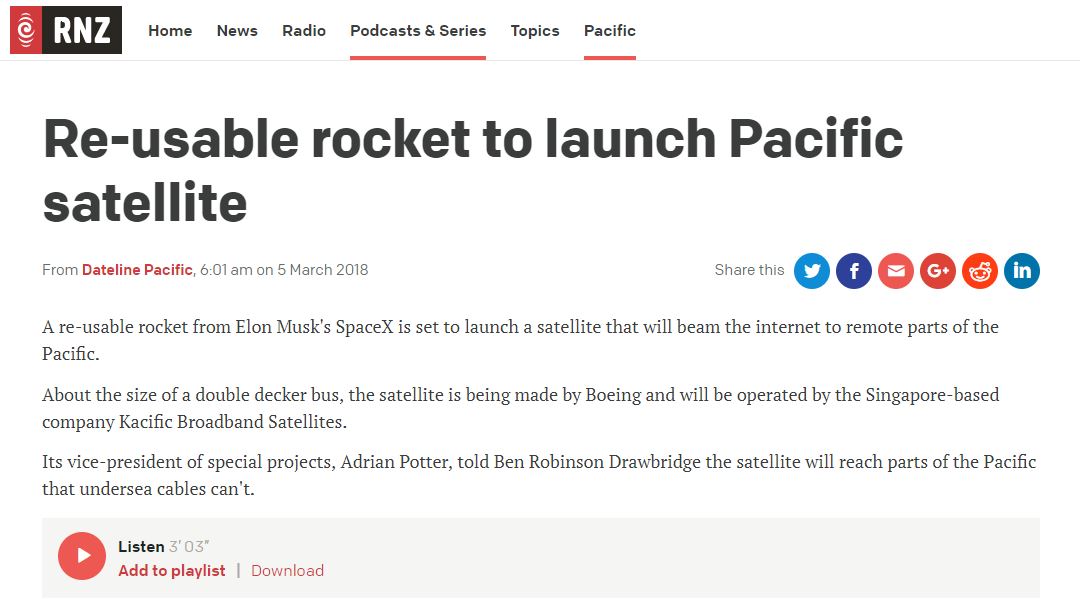 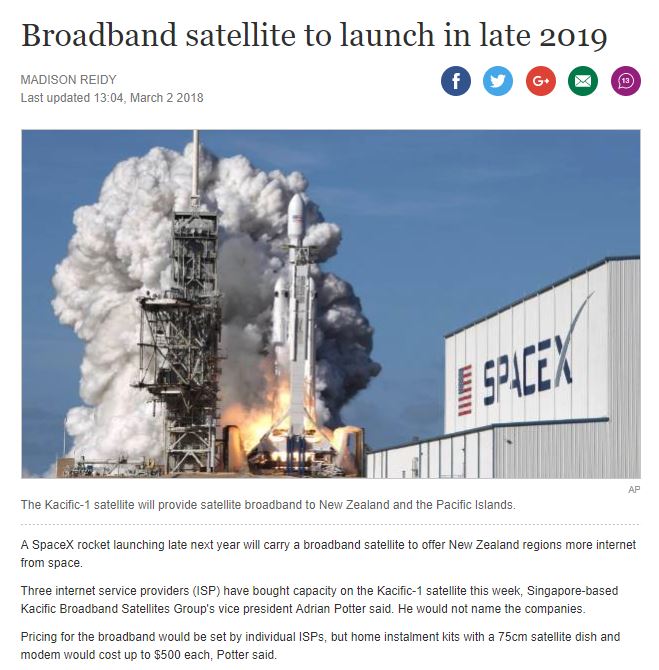 The National Business Review, also reported that Kacific’s offer brought strong broadband competition to the nation after speaking with Potter.

There is a lot of interest in how our next-generation Kacific-1 satellite can bring wide-reaching broadband capability for use in communications, civil services, tourism, and medical and emergency response to the country’s most remote regions.