Kacific honoured with award for Best Potential in Asia 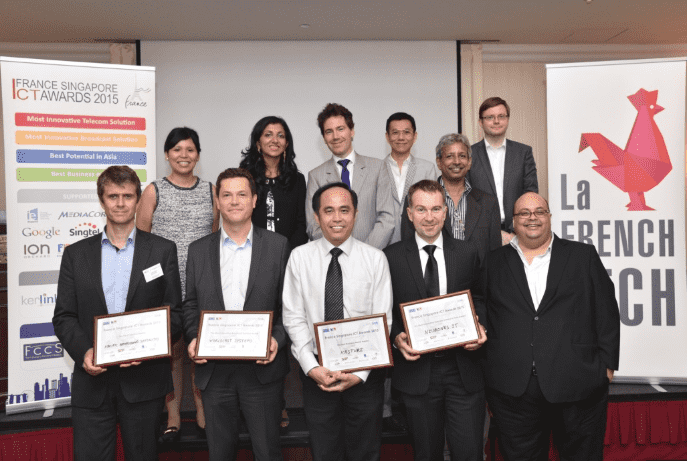 Kacific was recognised as having the “Best Potential in Asia” at the France Singapore ICT Awards 2015, at an event held at Singapore’s historic Raffles Hotel. The awards, presented by The French Chamber of Commerce in Singapore and Business France in Singapore in association with #BroadcastAsia and #CommunicAsia, are for professional organisations operating in the region’s ICT sector.

Accepting the award, Kacific CEO Christian Patouraux said: “We’re delighted with this recognition of our potential, because to us, potential matters. Our raison d’être is to help realise the potential of the people of the Pacific and Southeast Asia with affordable, accessible, high-speed satellite broadband.”