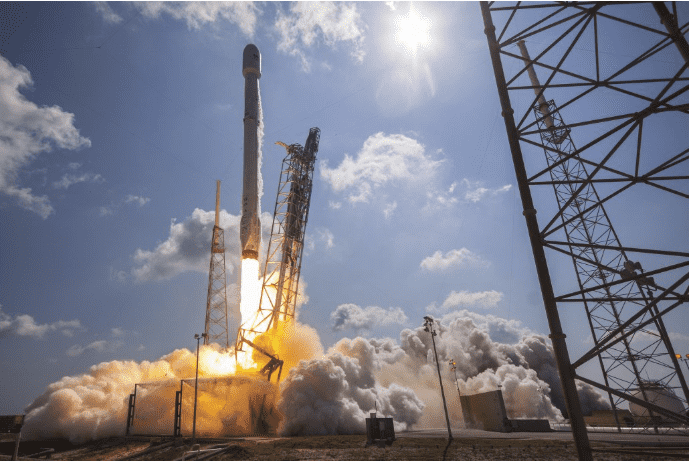 Kacific Broadband Satellites Group (Kacific) has selected SpaceX as the launch provider for its Kacific-1 satellite, which is being built by The Boeing Company.

Kacific-1 will be launched on a SpaceX Falcon 9, a two-stage orbit-class rocket designed from the ground-up for maximum reliability and reusability.

“SpaceX has a breadth of vision that appeals to us,” says Christian Patouraux, Kacific CEO. “The company is committed to changing the way people think about space and the possibilities it represents. Signing with SpaceX as our launch service provider is a major step towards delivering our own vision. We look forward to seeing Kacific-1 atop a Falcon 9 Rocket in 2019.”

“SpaceX is proud to partner with Kacific on the milestone launch of the company’s first satellite, Kacific-1.” said Gwynne Shotwell, President and COO of SpaceX. “We appreciate their confidence in our proven capabilities and look forward to delivering their satellite to orbit.”

In February 2017 Kacific placed an order with The Boeing Company for the Kacific-1 satellite. Based on the reliable 702 satellite platform, Kacific-1 is designed to deliver high speed broadband via 56 narrow Ka-band beams, with the most powerful signal level ever achieved in a commercial satellite in the South East Asia and Pacific regions.