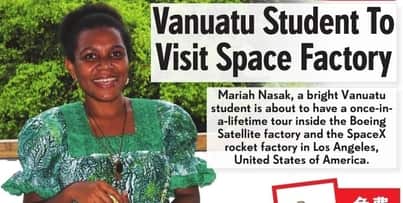 We are looking forward to flying Mariah Nasak, a ni-Vanuatu university student to Los Angeles, California to visit the Boeing Satellite and Space X rocket factories. Mariah won this opportunity after placing second in our ‘Touch the Sky’ essay writing contest, during her high school years.

Mariah’s essay discussed how high-speed internet would impact herself, her family and the community. Her English teacher encouraged her to write the essay and enter it into the competition. The essays could be submitted in French, English or Bislama.

Mariah spoke to Daily Post Vanuatu, the country’s daily newspaper about how she feels honoured to possibly be the youngest ni-Vanuatu to see the famous factories. She also spoke about representing Vanuatu on the world stage – noting that ni-Vanuatu have plenty to offer along with their famous smiles.

“My encouragement to all students, have courage and go outside your comfort zone and find opportunities to enhance your understanding of the world outside of our little Vanuatu.” said Ms Nasak.

Vanuatu has played an important role in Kacific’s growth and success. Kacific supplies services to the Vanuatu Interisland Telemedicine and Learning (VITAL) Network, which connects schools and health clinics to the internet. Kacific is also registered in Vanuatu. 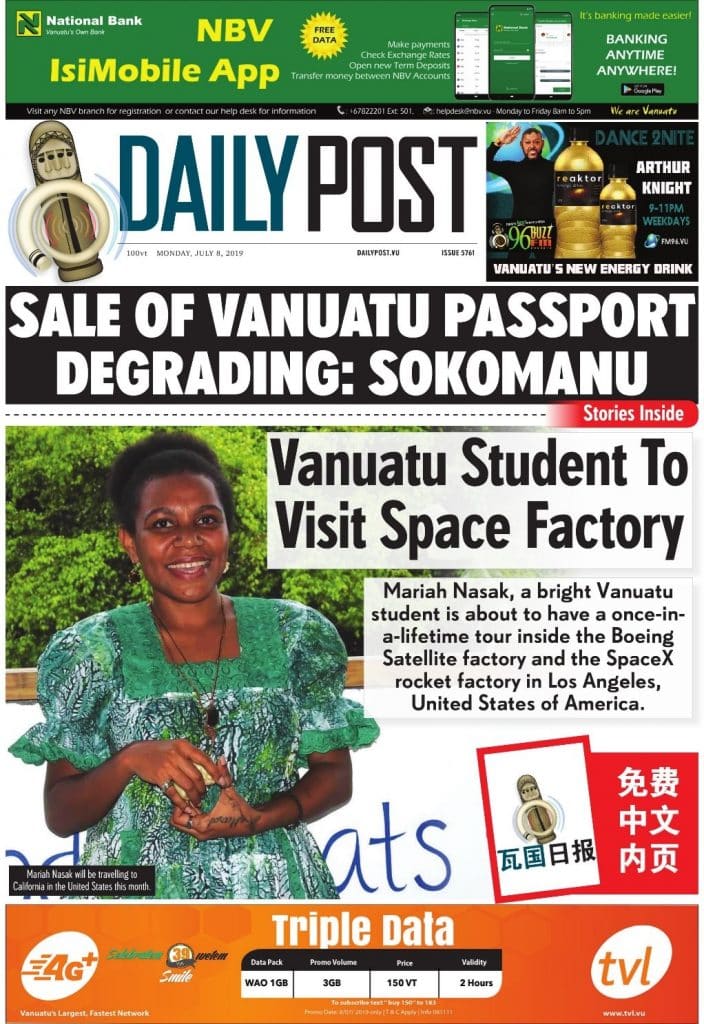