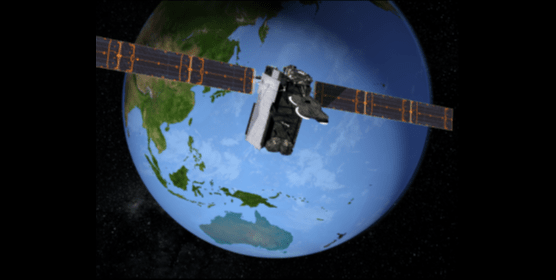 Singapore – 9 June 2014 – Kacific Broadband Satellites today announced that it has signed a five year agreement with Tuvalu Telecommunications Corporation (TTC) to provide high speed bandwidth to the company and the people of Tuvalu. The multi-million dollar service agreement is the first that Kacific has signed with a national telecommunications service provider.

Using a single dedicated beam directed from its Ka band High Throughput Satellite (HTS), Kacific will provide TTC with increasing levels of capacity over the period, starting with 80Mbps and ramping up to 150 Mbps after four years. Under the agreement TTC can, at its discretion, increase bandwidth in bursts of up to 50 percent at any time, meaning that in year four Kacific could provide TCC with up to 225 Mbps of capacity. To put this in perspective, today less than 20 Mbps of capacity is supplied to Tuvalu.

The beam will have a footprint approximately 800-1000 km wide, sufficient to cover not just the 26 km2 of land, but most of Tuvalu’s 900,000 km2 exclusive economic zone. The Tuvalu beam will be optimised so that all islands in the group will receive sufficient satellite power for customers to operate at high throughput speeds using only a small (75cm to 1.2m diameter) terminal. Because TTC committed to Kacific at the design stage of the project, it has been able to secure a high bandwidth, high power dedicated beam.  Since Kacific is not a ‘one size fits all’ satellite, its team will now customise its satellite design and the Tuvalu beam to ensure that the required level of service and future bandwidth growth can be sustained throughout the Tuvalu island group.

“This agreement will have an explosive effect on telecommunications services in Tuvalu,” says TTC’s CEO, Simeti Lopati. “It will multiply what Tuvaluans have today in terms of bandwidth and disseminated coverage by a factor of 15 times or more. That will in turn spur economic growth and lead to improvements in all sectors, and in particular education and health, as schools and medical clinics on outer islands are currently without internet.

Tuvalu is a sovereign state comprising nine islands situated midway between Hawaii and Australia. Four reef islands rise from the sea bed; the other five are coral atolls. It has a population of around 10,000 and won independence from the United Kingdom in 1978. The nation faces particularly onerous environmental and economic challenges. Because of their relatively low elevation (no point on Tuvalu is more than 4.5 metres above sea level), its islands are vulnerable to the effects of tropical cyclones, spring tides and future rises in sea levels.

It also faces increasing isolation and economic disadvantage in a world where connectivity is largely taken for granted. For example there are currently no ATMs on Tuvalu. The country currently has only expensive, congested low speed internet connectivity. That constrains innovation and economic development, which means businesses are unable to afford broadband connectivity, even were it available.

“Kacific’s services will undoubtedly be a game changer for the entire nation,” said Lopati.

“This agreement will see a new generation satellite operator provide an affordable, universally accessible national broadband service to one of the smallest, least populous nations on earth,” says Kacific CEO, Christian Patouraux. “It is testimony to both the value of Kacific’s commercial proposition and the vision of TTC. It will improve commerce, encourage innovation, reduce gender inequality, improve social cohesion and help secure this small, isolated country against the many environmental threats it faces.

“By making a direct high-speed internet connection available to every government agency, institution, business and family in the footprint area it will also place Tuvalu in a leadership position amongst Pacific nations in terms of providing universal broadband access.”

Kacific expects to launch its Kacific-1 satellite by late 2016 or early 2017 and to provide operational service shortly thereafter. From the moment the satellite is commissioned, all Tuvaluans will be able to receive coverage using only a small, low cost dish antenna. Overnight every school, village, clinic, shop, business and dwelling in the country will have access to a fast, affordable, national broadband network.